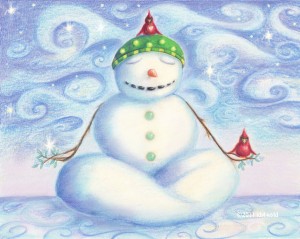 Brown paper covered the door to what was once my dermatologists’ office. Ever since the practice moved to a new location several blocks away, the second-story office sat dormant. No light. No visitors. No indication of who or what would move in next.

I had a steady awareness of what was, or what was not, happening in that space because it happened to sit down the hall from another important destination in my family’s life: the ballet studio at which my eleven-year-old dances four days a week.

Passing by the doctor’s office, even when it was shuttered, was never easy. In many ways, it was the epicenter of my greatest fears.

When I was at the peak of my obsessive-compulsive worry about developing skin cancer, I went to this dermatologist practice regularly, rotating through at least three of the doctors with a systematic pattern. I was no stranger to the waiting room, the sterile chair on which I sat for the full body scan, and the numbing sting and pinch when a benign mole or growth was cut away, usually at my insistence, but occasionally because something looked a little funny. I’d be back to do it all over again, three, six or nine months later. But sometimes, I didn’t even wait a week.

In my mind, the office was a place of judgment, a reckoning with fate. What would they doctor say? What would the test results reveal?

I had anticipatory anxiety before going to this office; I had anxiety once I was there; and I had anxiety once I left. But, I went, and went often, because in the particular pattern many with OCD fall into, the act of “checking” temporarily provides a bit of relief. OCD, after all, was once called the doubting disease. I doubted; therefore I went.

When the doctors first moved out of their office space, and the door had not yet been covered with brown paper, I sometimes stopped and peaked inside. It was like looking at the armor of a warrior who lived long ago. Once, when there was life inside, this physical vestige held great power.

Where had that power come from? It had always come from inside me. I’d spent a lot of time working with my psychiatrist and therapist to understand that truth. But here, the empty office presented a concrete example of detachment.

Months passed, and eventually a lockbox appeared on the front door. Then, the sound of workmen. Sometimes white dust escaped from under the door. They were busy. Perhaps we’d get a podiatrist. Or ophthalmologist.

About a month ago, the paper on the door came down. Then signs appeared announcing what would soon open.

My dermatologists’ former office is now the home of Integral Yoga.

This is not strip mall yoga, although any yoga is better than no yoga. This goes back to 1966 and was founded by Swami Satchidanandji, who is sometimes called the “Woodstock Guru.”

Classes are an hour and half long, and dedicated to “complete yoga, which integrates all aspects of the life and maintains our natural condition of an easeful body, peaceful mind and useful life.”

I have gone to several classes already. Instead of butterflies in my stomach, I walk through the doors with a yoga mat in my arms. I no longer sit in a chair in the lobby, but on the floor in the library filled with books on philosophy, meditation, health, and yoga. I am called into the room not by a nurse with a clipboard, but by a teacher dressed in all white, who takes his or her spot on the floor and leads us in a chant, yoga, and meditation.

The yoga studio kept a bit of the cabinetry from the examining rooms. But instead of medical equipment and tonics, there are yoga props and blankets.

We are all capable of it.

Whatever it is, there is hope to change from the inside out. And the struggle, as I am reminded whenever I go to the yoga studio now, is part of the transformation. 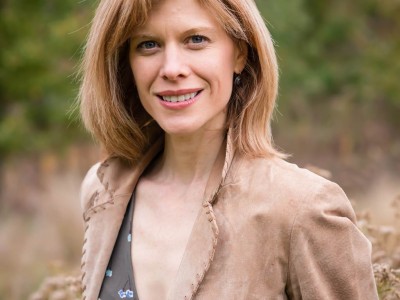