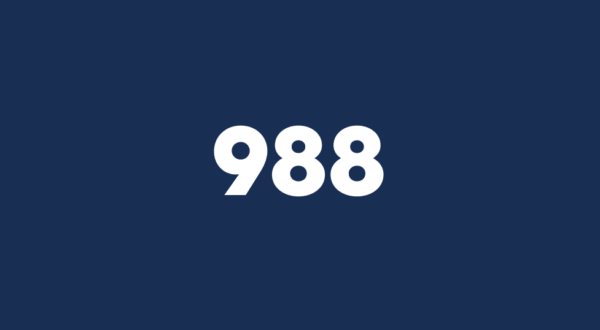 988 is not yet active across the United States and implementation is likely to take at least two years. If you or someone you know is in crisis now, please call 1-800-273-8255 to be connected to the National Suicide Prevention Lifeline.

Why Do We Need 988?
America is experiencing a mental health crisis. But the crisis is not irreversible.

For too long, our system for mental health crisis services has been underfunded and undervalued. It’s time to meet this challenge with the evidence-based crisis intervention that the 988 crisis line will provide.

A direct three-digit line to trained counselors can open the door for millions of Americans to seek the help they need, while sending the message to the country that healing, hope, and help are happening every day.

A 988 crisis line that is effectively resourced and promoted will be able to:

The FCC submitted their report recommending 988 as the three digit dialing code to route individuals to the National Suicide Prevention Lifeline to Congress in August 2019.

Following the FCC report, the National Suicide Hotline Designation Act was introduced in both the U.S. House of Representatives (H.R. 4194) and the U.S. Senate (S. 2661). The legislation includes provisions that would: