U.S. Drug Overdose on the Rise 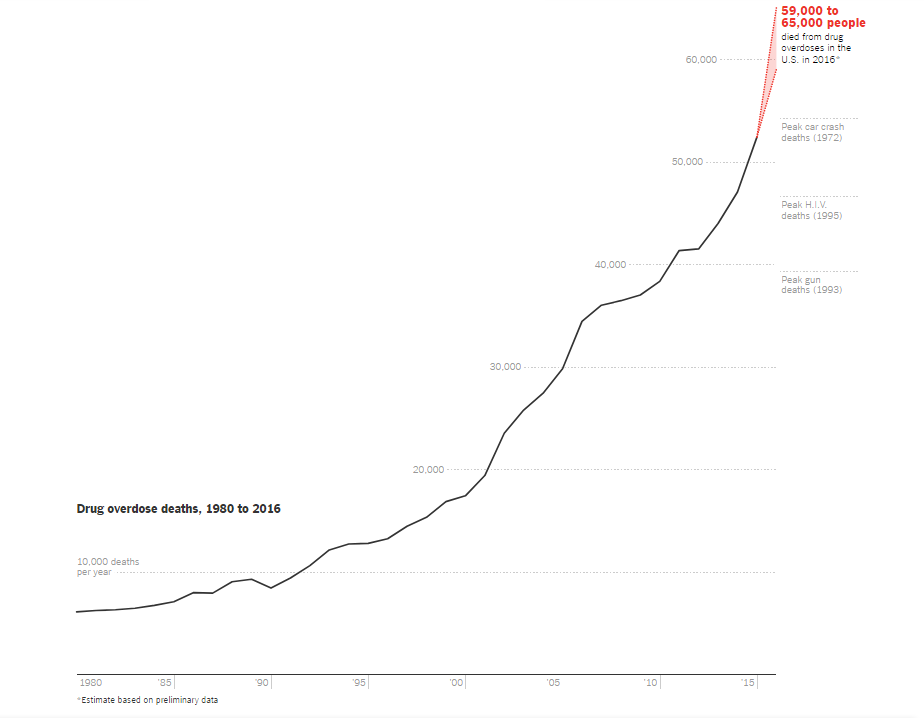 “Drug overdose deaths in 2016 most likely exceeded 59,000, the largest annual jump ever recorded in the United States, according to preliminary data compiled by The New York Times.”

The drug overdose epidemic has been on the rise since the early 2000’s but is now classified as the leading cause of death among Americans under 50. Further research indicates that the climb will continue to increase in the following year. Manufactured drugs such as Fentanyl are being widely distributed at a faster rate in the last three years, causing seizures and deaths across the country. Most of the initial statistics indicate increases in drug overdose deaths among East Coast states; Maryland, Florida, Pennsylvania and Maine.

Read more about these findings here.