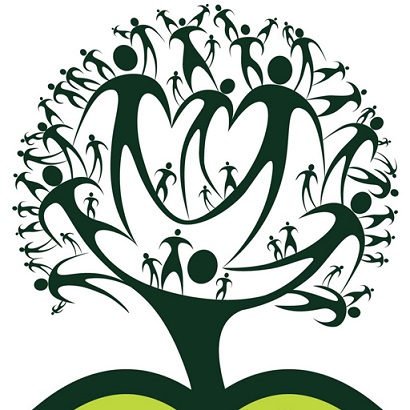 It’s up to us to end stigma right at home

May is Mental Health Awareness Month. And if there’s one aspect of mental illness that I think deserves special attention, it’s the element of “stigma” still clinging to the topic.

Why, in 2017, with neuroscience revealing what were once the invisible workings of the brain, is there still stigma associated with illnesses of the mind? And what do we actually mean when we say “stigma” these days, anyway?

It seems stigma can mean discrimination, hatred, lack of access to care, underfunded programs and compensation for those who provide therapy; it can mean embarrassment, and lack of opportunity.

And it can mean shame.

The origin of the word in Latin and Greek sheds some light on our modern use. Stigma meant a “mark made by a pointed instrument, a dot” related to a stick.

In botany, the stigma is an area of the flower’s pistil that receives pollen during pollination.

We see that in both cases, there is the sense of standing out, of being marked and different from the majority.

But I think that if we’re honest, much of the stigma associated with mental illness, the kind that keeps people from seeking the treatment they need, is first felt through a dynamic much more personal than the one imposed on us by outside judgment or obstacles.

I’m talking about the first experience of stigma—the one we feel within our own families.

Take a look at a family tree and trace the branches back. I’d wager to say that if you are my age or older, your own parents grew up in a time in which mental illness was not very well understood, diagnosed, or treated.

If I go back to my grandparents’ generation, I hear the sad stories of a relative given the best care available at the time—in a highly respected medical institution that used electric shock treatment and a version of the lobotomy.

The oral history of relatives before him that is lost to me, but I have read books that detail the treatment of “hysterical” women committed to institutions for life for offenses that seem part of the natural ebb and flow of life’s struggles.

And then there are the other aspects of our private family struggles that strengthen the silent pillars of stigma. The acceptance or denial (or a mix of both) that lets depression, anxiety, or addiction flow from one generation to the next without giving it a name; that pits “getting well” at odds with “being a good family member”.  It is an act of bravery, often marked with its own type of stigma, to step outside the family story that normalizes such illnesses.

Recently, I interviewed a woman whose son was diagnosed with a series of conditions, from OCD, to Tourette’s syndrome, to autism and possible bi-polar syndrome. She has worked hard to get her son the care he needs and the support within the school system, but the biggest battle she won, she told me, was to be taken seriously. Three months in a pediatric psychiatric institution left her son with the same problems he had going in, she said, but what changed was that she was finally taken seriously. Doctors and therapists validated her son’s mental illness and she no longer felt the sense that it was her parenting style or divorce that “was blamed.”

I’ve also spent a lot of time speaking with a friend who grew up in a family in which there was addiction to drugs and alcohol. She has found great support in Al-Anon meetings primarily because it is the first time she’s been in a room of people who validate her experience; her sense that what was called “normal” in her family was in fact harmful and traumatic. Her stigma, throughout her life, is the label her family gave her as the “problem child” and the “trouble maker” because she dared to stand up to the dysfunction of addiction.

Another friend spoke to me about the environment she experienced growing up, in which her father’s undiagnosed OCD and anxiety led to shouting matches and an over-protective impulse that was just “the way things were.” Only as an adult has she been able to look at her upbringing and her relationship with her late father through the lens of his mental illness. Her stigma was being “rebellious” because she left that environment and has directly confronted her own anxiety with cognitive behavioral therapy.

I sometimes think about my grandmother, who suffered from major depression. It was her brother who was institutionalized for schizoid affective disorder, and so much of her family’s focus was on how to help her brother recover within the limitations of medical and psychological intervention of that day. How could she, herself burdened with a serious and at times overwhelming mental illness, advocate for her own health? Compared with her brother, she had it good.

There is a type of shame, even in that, I believe, when we must subjugate our own suffering because someone else in our family as it, far, far worse. And treatment comes with its own penalties. What a double-burden she must have felt; guilt for feeling so bad, when she had it much better than her brother.

When you dig into the legacy of mental illness with families,  it’s no wonder that stigma lives on as deeply and naturally as any other tacit tradition we pass on from one generation to the next. It can be subtle or it can be overt, but it’s there, even when we don’t see it.

As we keep the conversation about mental health going, and we continue to question the role of “stigma” in 2017, let’s remember there are two fronts when it come to ending the stigmatization of mental illness.

Yes—take the hashtag to Twitter, and the message to congress, and to anywhere you think it must resonate.

But don’t forget to look at your own family album. It’s up to us to end stigma right at home. 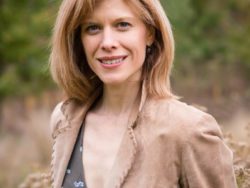